History of the school

Martins Wood Primary School opened in 1968 as separate infant and junior schools. These were amalgamated to become one primary school in 1982. A nursery class was opened in 1985 and a pre-school in 2015. An extensive programme of building works took place in 2012 and 2013 in order to increase the capacity of the school and create enviable facilities including computer suites, libraries, a dance, music and drama studio, sports hall, a community room and generous break-out spaces.

2018 was a special year for Martins Wood as we celebrated our 50th Anniversary!

One of the many things organised to mark this was when a drone came to take a photograph of the whole school.  The short video below shows the fun we had and how this was done. 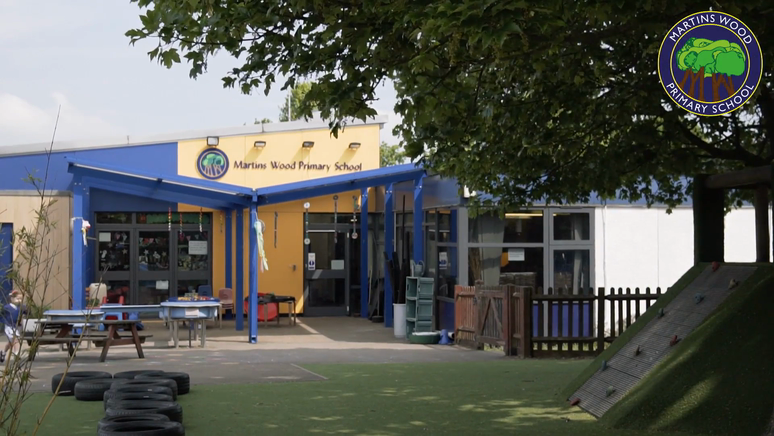 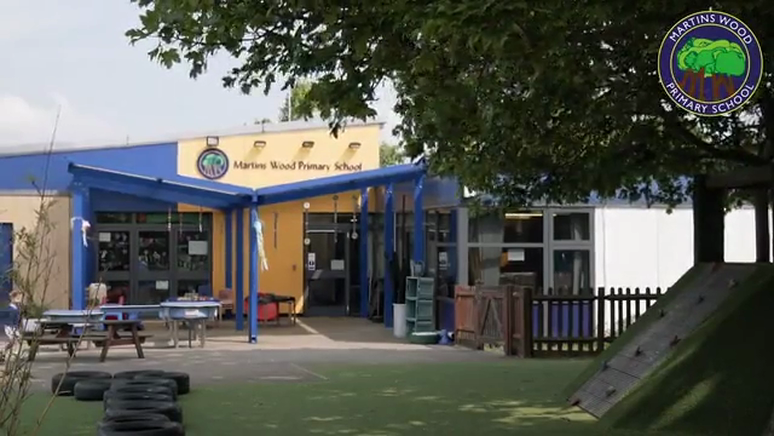 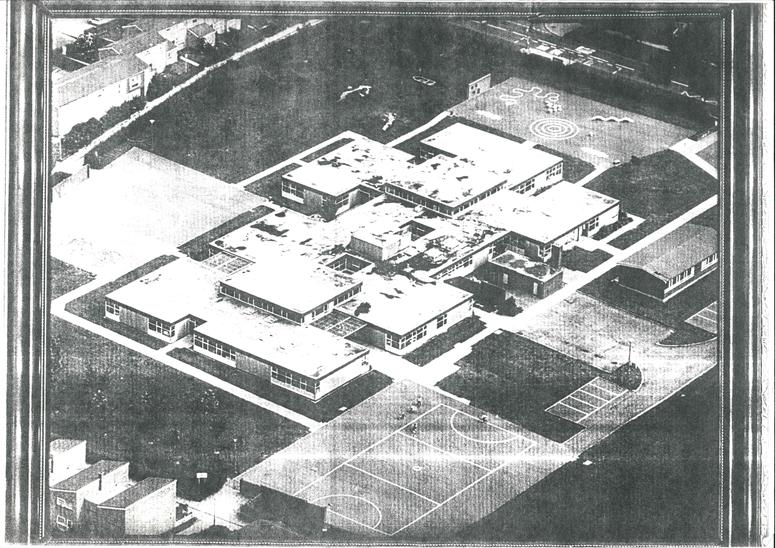 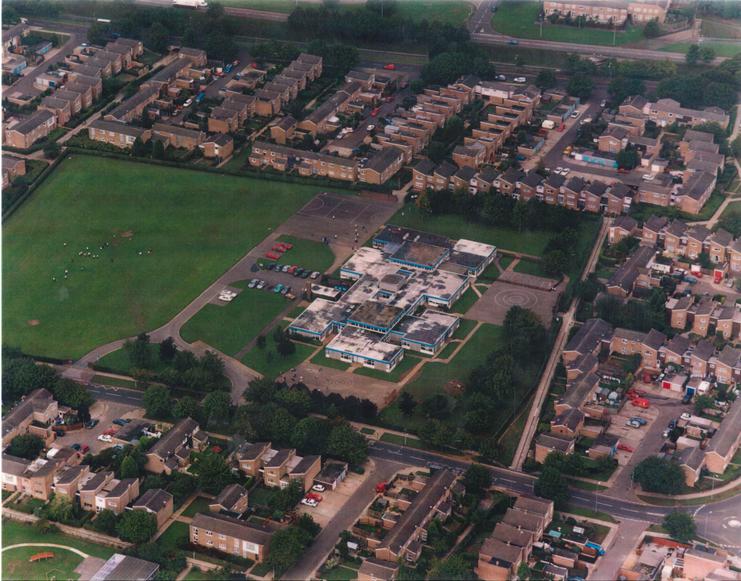 Martins Wood opened in 1968 as two separate schools- Martins Wood Infant School and Martins Wood Junior School. Although it was one building, it had two separate entrances, offices, halls and headteachers; Mr Ovens (Juniors) and Mrs Bright (Infants). Both were built to be “two form entry” meaning that they could have two classes per year group. Although there is nothing on record to confirm when this happened, the MP for Stevenage at the time, Shirley Williams, officially opened the school. Apparently they were very lucky as, totally coincidentally, the RAF Red Arrows flew over the school, making the “opening ceremony” particularly exciting for everyone!

Still two separate schools, across the 1970s the numbers of pupils increased rapidly and additional temporary classrooms (mobiles) were built, roughly where the carpark is now. These were used to accommodate additional classes whilst another local school was built.

Mr Ovens retired in 1977 and Mr Gunnery succeeded him as Headteacher of the Junior School.

Numbers of pupils started to fall and, when Mr Gunnery left the Junior School in July 1980, Mrs Bright was asked to be Headteacher of both schools. After consultation, the decision was then made for two to become one and the separate Infant and Junior schools were amalgamated to form Martins Wood JMI School (Junior Mixed Infants) in 1982 under the leadership of Mrs Bright (previously Headteacher of the Infants school). In April 1983 Mr Torry was appointed Headteacher when Mrs Bright retired. In 1985 a Nursery was opened for the first time.

Mrs Mayne first started working at Martins Wood in the 1980s and our Chair of Governors (Mrs Heraty) first became a Governor.

During the 1990s pupil numbers in the school started to rise once more and additional, temporary classrooms were needed again (the ones from the 1970s having gone by now). These two classrooms were located roughly where the Upper KS2 block is now.

During the 1990s, with Mr Torry as Headteacher still and Mrs Heraty now as Chair of Governors, some of our long serving and more recently retired staff were appointed (Mrs Barber (as Deputy Headteacher in 1993- a post she held until 2011), Mrs Todd (Assistant Headteacher for Y5/6 from 1992, a post she held until her retirement in 2010), Mrs Warren (Teacher, then Assistant Headteacher for Y3/4 initially, then Y1/2 until she retired in 2015, having started in 1994) Mrs Jones (initially a TA from 1994 then, after briefly leaving to complete teacher training, returned as a teacher in 2000 until she retired in 2017) and Mrs Gill (Nursery Nurse from 1999 until 2017)). Some of our current staff were also appointed during the 1990s: Mrs Powell, Mrs Pearson, Mrs Montague and Mrs Home.

After fifty terms, across sixteen years, as Headteacher, Mr Torry decided to retire at the end of 1999.

The new millennium brought a new Headteacher to what was, by now, known as Martins Wood Primary School. Mr Evans took up the role in 2000. Towards the end of the 1990s pupil numbers had started to decrease again, but across the early 2000s the school’s reputation increased steadily and, alongside this, so did pupil numbers. Very quickly the school was full again- and the mobile classrooms built in the 1990s were still in use. To meet additional demand for primary school places, the school was asked to expand to “three form entry” (ie three classes per year group) in 2011, leading to a large building project and the creation of the school layout as we know it today, during the academic year 2012-2013. In 2014 we were again approached by Hertfordshire County Council and asked to open a pre-school for two year olds, resulting in another (albeit briefer) building programme and the opening of Saplings in April 2015.

Unfortunately not the ones with chocolate chips.

Some cookies are necessary in order to make this website function correctly. These are set by default and whilst you can block or delete them by changing your browser settings, some functionality such as being able to log in to the website will not work if you do this. The necessary cookies set on this website are as follows:

Cookies that are not necessary to make the website work, but which enable additional functionality, can also be set. By default these cookies are disabled, but you can choose to enable them below: